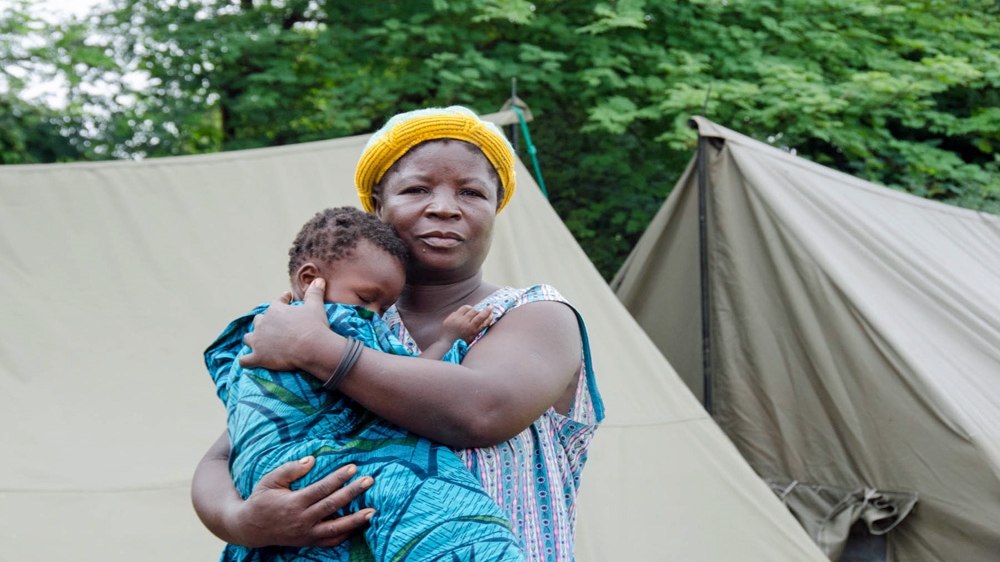 Nsanje, Malawi – The most devastating floods in living memory have stranded at least 20,000 people in southern Malawi with disease now threatening to inflict further suffering.

When the rains began in Nsanje province on January 11, a 20-kilometre-long vein of cropland on the east bank of the Shire River was overwhelmed, destroying resources needed to sustain the population for a year.

In just three days of rain, the land was transformed into an archipelago. As the waters rose to depths of three to four metres, people climbed hills and shinned up trees to save themselves. Many of them were killed.

“It erased everything in its path,” says Amaury Gregoire, head of mission in Malawi for Doctors Without Borders (MSF), which has sent a team to the region. “It erased entire villages. All the crops were completely destroyed.”

Unidentified and unreachable, it was more than two weeks before the first food aid reached the stranded population in Nsanje. Many are still without basic items essential for survival.

More rain has been forecast, meaning the region is likely to be inaccessible by road for weeks to come, perhaps months.

More than a million people have been affected across the country, including 336,000 who have been displaced, according to UNICEF.

There have been more than 100 deaths in the flooding, and 172 people are still missing.

Patchy population data and a lack of coordination were a critical barrier to the aid effort in the initial weeks.

“There was a lack of information,” says Gregoire. “Reaching everyone was a key concern for us, but we didn’t really know where the population was.”

Once those in need were identified, they were almost impossible to reach.

“The area has been divided in two,” Gregoire says. “The northern part is accessible from the north, but there’s still a long stretch along the eastern bank of the Shire River that is only accessible by air.”

Some people managed to escape from the area, but they are in the minority.

“A very big proportion of the population is trapped,” Gregoire says. “There are about 20,000 people there. They are extremely vulnerable. They lost houses, they lost relatives. It’s a critical situation.”

Aid organisations are seeking to tackle the lack of access by deploying helicopters to deliver essential supplies.

Five helicopters have been flying aid missions in Malawi: two provided by South Africa’s Breede Valley Fire Department, one by the World Food Programme, one by the Malawian military, and one privately operated.

But the stranded population in Nsanje had to wait 17 days for the first air drop.

“Some food was distributed, but clearly not enough,” says Gregoire.

While important steps have been taken towards meeting the most basic food requirements of those 20,000 stranded in Nsanje, critical needs are still unmet.

“There is still not enough food, but the critical food question has now been addressed,” says Gregoire.

“This is not the case for non-food items. In every other location affected by the floods, the population has access to latrines and basic services. But not here.

“They have access to water, but not clean water. They haven’t really been organised into tents. They are trying to find anything they can to recreate their own houses, but they are unlikely to be able to withstand the rains.”

There are numerous barriers to the supply of non-food items, from the inaccessibility of the area and the limited number of helicopters, to a lack of funding for the aid effort and delays to delivery.

“Many actors were announcing that they were bringing non-food items, but a month later there is little sign of them,” says Gregoire.

According to the latest situation report published by UNICEF on February 11, it still has a critical funding gap of $3.9m out of the $9.3m needed to respond to “immediate needs” for a three-month period.

Of a total of $81m required to meet people’s needs in Malawi, $27.5m has been contributed so far, according to a joint report by the UN and Malawi government published in February.

The gap between those in need and those that have been assisted so far is stark. More than a million people may be have been affected or displaced by the flooding and require humanitarian assistance, according to a February report published by the Famine Early Warning System Network.

But so far, only 58,065 people have been reached with sanitation services and 30,982 provided with safe drinking water in the affected areas, according to UNICEF.

“It really is a challenge,” says Gregoire. “I don’t think the response has been very good, despite the UN congratulating itself. The Red Cross has done well – they’ve been with us from the first day.”

The UN says progress is being made.

“Getting actual numbers of displaced and the sites where they are displaced to has been challenging, but we’re making good progress,” says Mia Seppo, the UN resident coordinator in Malawi.

“The blind spots where there is no support at all are getting fewer and fewer.”

In the meantime, the gap in essential supplies and basic service provision is creating a severe risk of disease.

A shortage of food and a lack of clean drinking water and basic sanitation mean that defences against disease are low, while a lack of housing means people are often living in cramped conditions conducive to the rapid spread of infection.

There have been outbreaks of scabies, malaria and bilharzia among flood victims, along with increased cases of diarrhoea, which increase vulnerability to other disease.

There is also a “significant risk” of measles, dysentery and cholera outbreaks, according to a UN report published on February 6.

“Our concern is that if the situation doesn’t improve in terms of access to clean water and latrines there could be an epidemic. The situation is critical and people are very vulnerable to cholera and measles. Malaria is a big concern.”

Added Seppo: “Camp conditions are very challenging. If we don’t get water and sanitation facilities up and running there is a big risk of disease spreading, because it’s very crowded.”

With more rain forecast in the coming weeks, the crisis in Malawi will not be resolved quickly. “Access will probably be problematic for several months to come,” says Gregoire.

Ethiopia working hard to boost its coffee exports to China