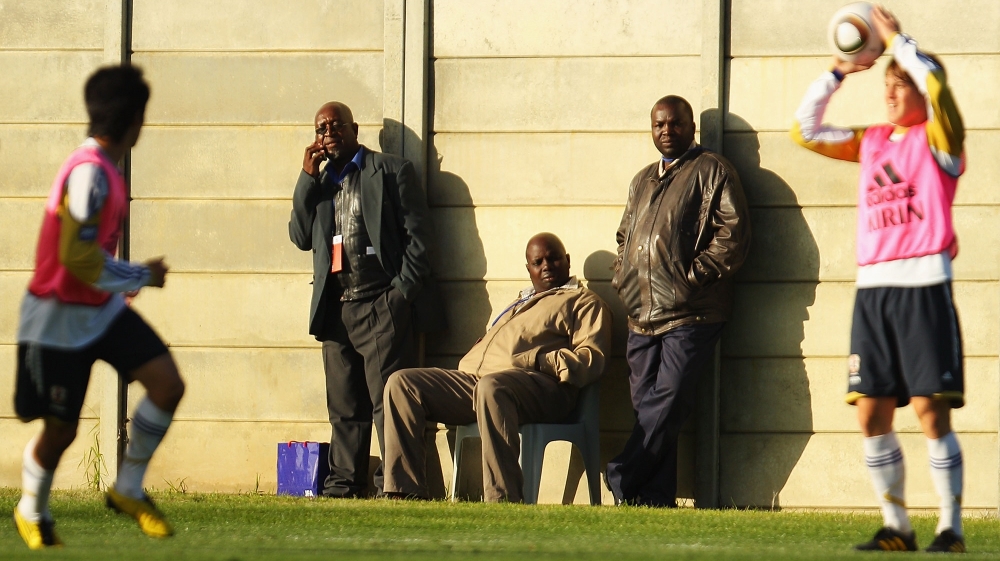 While some of Africa’s finest football teams were battling it out at the Africa Cup of Nations in Equatorial Guinea, Zimbabwe were not only watching from a distance, they were in a turmoil.

Fifa issued warning to ban the country from international football if Zimbabwe’s government sacked the Zimbabwe Football Association (Zifa) President Cuthbert Dube along with his entire board for gross incompetence among other charges of maladministration.

Zimbabwe has failed to qualify for the last five editions of the Africa Cup of Nations.

The sport in the country is in a deplorable state, the federation’s debts have ballooned to over $6m, and the national team – ranked 119th in the world – has become a punching bag of the continent.

Blame has particularly been laid squarely on Dube and the federation’s chief executive Jonathan Mashingaidze. At the height of frustration, Deputy Sports Minister Tabeth Kanengoni-Malinga revealed in Parliament earlier this year that the government was ‘fed up’ with Dube and Mashingaidze and was ready to wield the axe.

Zimbabwe were booted out of the qualification campaign for the 2015 Africa Cup of Nations in the preliminary round by Tanzania, the result viewed as an all-time low for the game in the country.

Zifa reacted by disbanding the entire national team, replacing it with an under-23 side, a move that was widely seen in the country as a smokescreen to hide the association’s failures.

Paul Gundani is one of Zimbabwe’s most experienced former players, earning over 70 caps for the national side – the Warriors – in the 90s. He is now an outspoken secretary-general of the Footballers Union of Zimbabwe (FUZ), which continues to lobby for better salary and welfare packages for the country’s impoverished players.

“When things are not well as they are, the leadership has to take a hard look at itself and accept that it has shortcomings,” Gundani told Al Jazeera.

“Even though they’ve been elected, there comes a time when resigning is the right thing to do. We don’t need this standoff with Fifa. It will have a lasting damage on the game. We don’t need the government to push people out. People must do the honourable thing.”

Under-fire Zifa Chief Executive Jonathan Mashingaidze has often been forced to shift blame for the national team’s fall and the state of the game in the country.

In the face of crippling economic hardships in the country, Zimbabwean football does not enjoy government funding as in the case with most countries on the continent, and Mashingaidze points that out to Al Jazeera as ‘the missing link’.

“As long as the issue of funding is not addressed, it will be difficult for football glory to come to this nation,” Mashingaidze said. “Failure or success of an administration can only be measured in the context of a stable economic environment.

“The environment is severe. But despite the problems, we should desist from blame games. Stakeholders have to be united and avoid finger-pointing and name calling.”

Zimbabwean football made international headlines four years ago when the current board unearthed a match-fixing scam. In there, the national side was paid by an illegal Asian betting syndicate to lose several invitational matches between 2007 and 2009 in Southeast Asia by predetermined scores.

Dube reacted by sacking then-CEO Henrietta Rushwaya, who was said to be the mastermind behind the scam, commonly known in the country as ‘Asiagate’. Rushwaya, several other officials and players were handed life and lengthy bans.

“The game of football is deeply veiled in emotions and expectations,” Mashingaidze added. “The public should understand that the game is emerging from a dark era of turf wars, general corruption and ghastly match-fixing scandals.”

The impact of Asiagate will be felt for a number of years, according to Mashingaidze who is being persecuted for exposing the Asiagate mafia.

“They have ganged up to destroy me because we have destroyed the loot on which they had feasted for many years.”

The Deputy Sherriff has just been to the FA president’s house in a leafy Harare suburb in an attempt to seize property over a payment dispute with a local hotel Zifa owes $280 000. Following a lengthy discussion, a payment plan was agreed upon.

Former employees who have won their legal disputes with Zifa invaded the FA’s headquarters in Harare in the past and attached office equipment for auction to recover their dues. The latest is ex-media officer Nicky Dhamini-Moyo who was awarded $80,000 back pay by the court for unlawful dismissal.

“The rise in debts is a result of national team commitments,” Mashingaidze explained.

“National teams are expensive to manage. When we took over in 2010, debts started trickling in and some of the debts were inflated. There was no handover-takeover. However, we are glad to say that the debt is going down, we are now sitting on $4-5m.”

Football is Zimbabwe’s national sport but cricket has quite a huge following as well.

And with the cricket World Cup taking place right now, the nation will turn to the cricketers for solace.