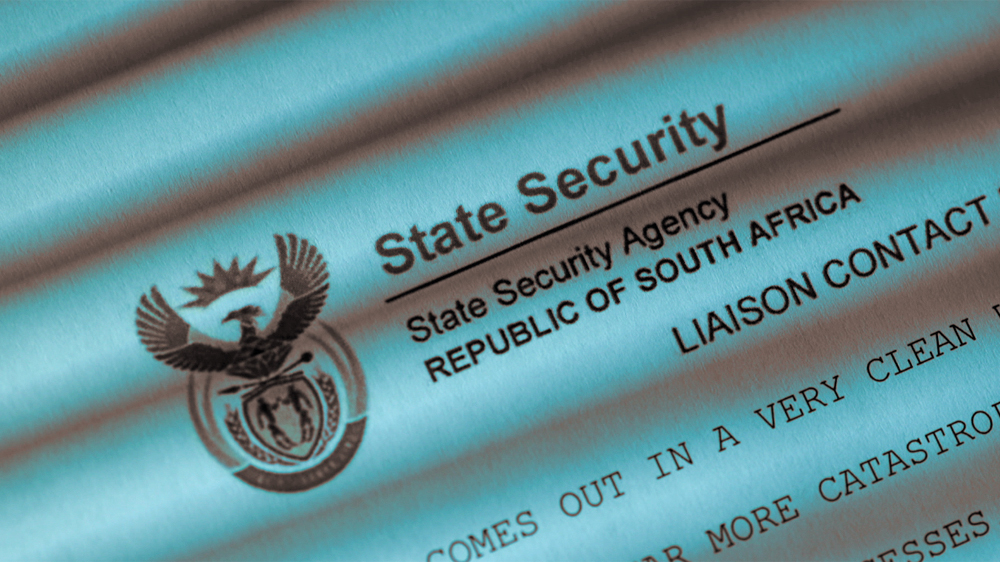 South Africa’s spies are no strangers to scandal, but the leaking to Al Jazeera of hundreds of their secret documents puts the State Security Agency (SSA) under more scrutiny than ever.

Many of the leaked cables come from friendly agencies such as Israel’s Mossad, Russia’s FSB and Britain’s MI6, which are likely to see the breach as a violation of the trust between intelligence services, posing questions about the reliability of the South African service.

“The State Security Agency has now become a state within a state beyond effective scrutiny and oversight of parliament,” according South Africa’s shadow defence minister David Maynier.

Jane Duncan, author of Rise of the Securocrats, said that following “a bruising succession battle” inside the ruling African National Congress to replace President Thabo Mbeki in 2008, “we saw the abuse of the intelligence services in order to advantage one or the other political faction.”

The winners took all, she said, but the losers have not gone away – and they charge that the SSA under President Jacob Zuma is politicised and out of control.

After Nelson Mandela led a successful transition from the apartheid system of white minority rule in 1994, South Africa faced the enormous challenge of building the institutions of a new democratic and inclusive state. The process was mostly transparent, but not at the country’s spy agencies.

Former South African spy and Intelligence Coordinator, Barry Gilder – who had been an ANC operative during the liberation struggle – says the result was a merger of two “arch opponents,” who had been allied with different foreign powers, “different philosophies, different ideologies, and different understandings of what a post-apartheid government should look like and do, what its foreign policy should be, what its security concern should be.”

Gilder added, “We had to build our services on the basis of what existed. And when you have intelligence services that are created after that background, after that history, you end up with mixed professionalism.”

The two new spy agencies, the SASS and NIA, lasted just 15 years. In 2009, contrary to advice published in its own intelligence white paper, the government merged five security agencies into a single State Security Agency (SSA).

According to Duncan, the merger took place in part because of lessons learnt in the U.S. by the 9/11 Commission, which found that inter-agency competition had resulted in raw intelligence being “stove-piped” to leaders without any analysis.

“Politicians couldn’t necessarily make sense of the data,” says Duncan. “And, because of these kinds of practices, you don’t necessarily have the intelligence community optimizing the resources that it had at its disposal.”

South Africa aspired to overcome that problem by looking to the U.S. for answers. But rather than achieving greater efficiency and coordination through centralisation, something else happened. Duncan calls it “a centralisation in the absence of transparency,” which she said is “extremely dangerous” for the people of South Africa, because rather than improving their security, it does the opposite.

The new agency took its “guiding doctrine” to be “human security”. This philosophy shifts intelligence agencies away from a broad view of national security and towards something more concerned with individuals. Duncan argues the doctrine is “analytically incoherent,” and that rather than improve security, it often unfairly targets people.

“It leads to an overreach in what intelligence services do. And, in a country that is still consolidating its democracy, sometimes it can be downright dangerous.”

The combination of that new philosophy, centralisation, and an absence of oversight is a dangerous cocktail. Maynier said it has turned South Africa’s intelligence apparatus into “a state within a state beyond effective scrutiny and oversight by parliament”.

“What you saw there was the concentration of power and I think that from a democratic perspective, that was a step backwards,” he added. “I’m very concerned.”

Ronnie Kasrils, a leading figure in the ANC’s armed wing during its years in exile, was Minister of Intelligence for four years until 2008. He resigned, he told Al Jazeera, “because of all sorts of shenanigans”, and now casts “a jaundiced eye on the developments and dysfunction” at the SSA. Kasrils warned that South Africa’s spies have “become totally immersed in the game of politics and the power politics at play in this country”.

After he quit, he warned his colleagues that the security services were spiralling out of control. “I said, you comrades need to be very, very careful to avoid this country moving towards more and more secrecy and the emergence of the police state, the abuse of power, the misuse of intelligence and security agencies”.

The “shenanigans” to which Kasrils referred, had their roots in the divisions between former President Thabo Mbeki and his successor Jacob Zuma. Kasrils’ former colleague, Barry Gilder, said those rivalries “found their way into the intelligence services” in the mid-2000s and slowly they have been dividing an already fractured spy network.

Kasrils concurred. “Under [Zuma] we’ve seen so many changes of personnel, people who once served him loyally, who have been arbitrarily dismissed, who to this day now have tremendous axes to grind in relation to the way they were treated.”

One way they can grind those axes is to embarrass the agency and spill its secrets. According to Duncan, such leaks are a frequent occurrence, and the result is a fractured and undisciplined service. She added, “Investigative journalists who work this beat say that it’s become practically impossible to work out the competing factions that exist inside the State Security Agency”.

The post Inside the battle for intelligence in South Africa appeared first on African Media Agency.

Life on the run in Leer

Nelson Mandela statue to be erected at UN headquarters