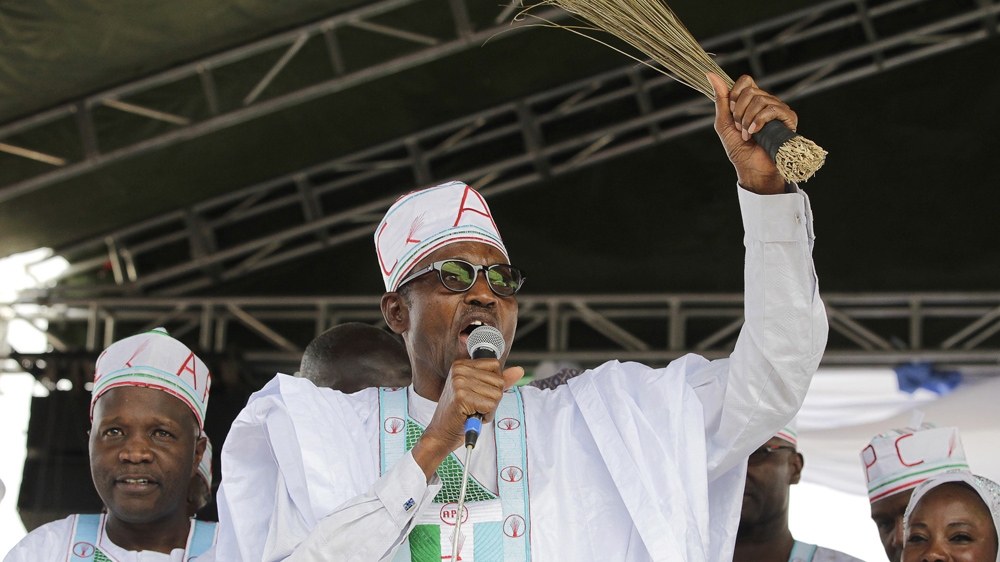 Nigeria’s main opposition candidate has told Al Jazeera that the “government has failed in its principle duty of protecting life or property of all beings inside its territory”.

Leader of Nigeria’s All Progressives Congress, former General Muhammadu Buhari spoke to Al Jazeera exclusively on Sunday – a day after the government announced a six-week postponement of the nationwide vote.

The official line is that the government needs more time to ensure security and safety in northeastern regions blighted by a violent campaign by Boko Haram.

Members of the opposition, however, say President Goodluck Jonathan is trying to buy time in the election campaign.

“It is extremely disappointing,” Buhhari said, of the delay.

“The is no reason for it. The Independent Nigerian Electoral Commission gave a detailed brief of activities from the last general election in 2011 to now and they have clearly said that they are ready to hold the election.”

Buhari said the government had not been taking the fight against Boko Haram seriously and described the inability to secure 14 local governments in the northeast as “extremely embarrassing”.

“If the same military can not secure 14 local governorates out of 774 in six years, how can they be sure they can secure those 14 in six weeks?”

“We cannot fight it because it is supported by the constitution. This is the limit.

“We will ask our supporters to remain calm and be prepared to participate in the elections on the 28th of March.”

Buhari, who attended college in the United States, previously ruled Nigeria for nearly two years after staging a military coup in 1984.

During his rule, there were allegations of secret tribunals, curtailment of civil liberties, and executions for crimes not punishable by death.

He also unsuccessfully ran for office in 2003, 2007 and 2011. The former general served as governor in the country’s northeast – the area now dominated by Boko Haram. and has pledged to make security a priority in the region.

“The government is not prepared to fight Boko Haram,” he said.