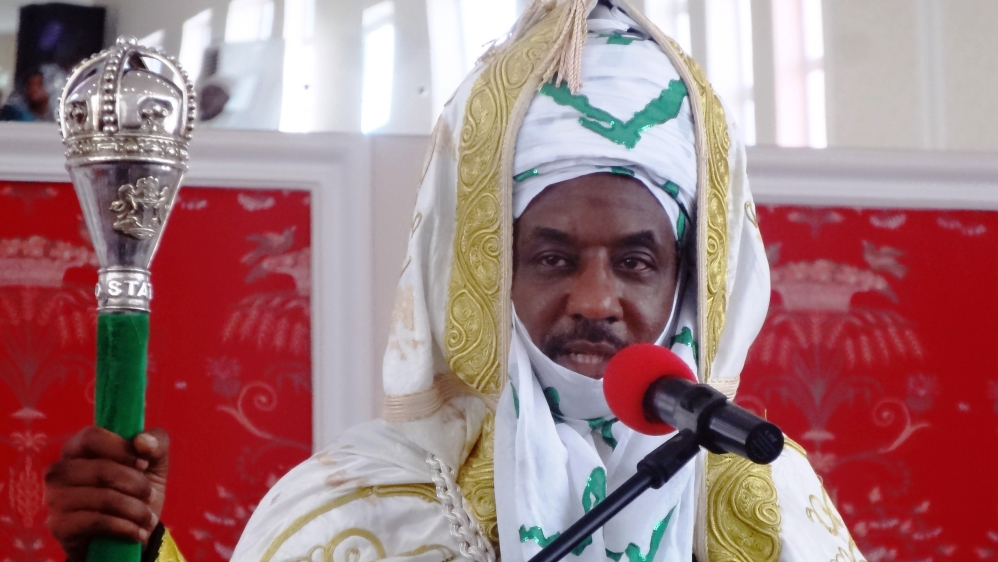 Nigeria’s ex-central bank governor, Lamido Sanusi, has been officially confirmed as Emir of Kano in a coronation ceremony in the northern state.

The coronation on Saturday attracted high-profile personalities and former presidents of Nigeria, but there were no representatives of the current government.

Sanusi was named Emir of Kano in June 2014, making an outspoken government critic one of the most influential leaders in the largely Muslim north.

The Emir of Kano is seen as Nigeria’s second-highest Muslim authority.

During Saturday’s ceremony in Kano – the main city of the state – Sanusi reiterated his commitment to serve his people diligently. He said he would serve the emirate in accordance with Islamic teachings, adding that he would serve everyone “irrespective of religious differences”.

Security forces manned major road junctions as Sanusi rode on horseback in a colourful procession through the city that has has suffered a string of bomb attacks blamed on the armed group Boko Haram.

Sanusi’s switch from the offices of the capital Abuja to the palace in Kano will make him a central player in the country’s struggle to defeat the group.

Boko Haram fighters have set their sights on toppling the traditional Muslim hierarchy, accusing it of failing to enforce what they see as their true interpretation of the Quran.

Sanusi has previously strongly spoken out against the group.

Sanusi, who gained international acclaim for his work in reforming Nigeria’s banking sector, was suspended from his post at the bank in February 2014 by President Goodluck Jonathan in a decision that alarmed international investors.

He was suspended after presenting parliament with evidence that the state oil firm Nigeria National Petroleum Corporation (NNPC) had failed to pay $20bn into federal coffers.

The Emirate of Kano was one of the great Islamic empires that dotted the Sahara from medieval times, profiting from caravan routes connecting Africa’s interior with its Mediterranean coast.

Former colonial ruler Britain kept most of the northern hierarchy in place and the emirate continued to hold sway over the largely underdeveloped region after independence in 1960.