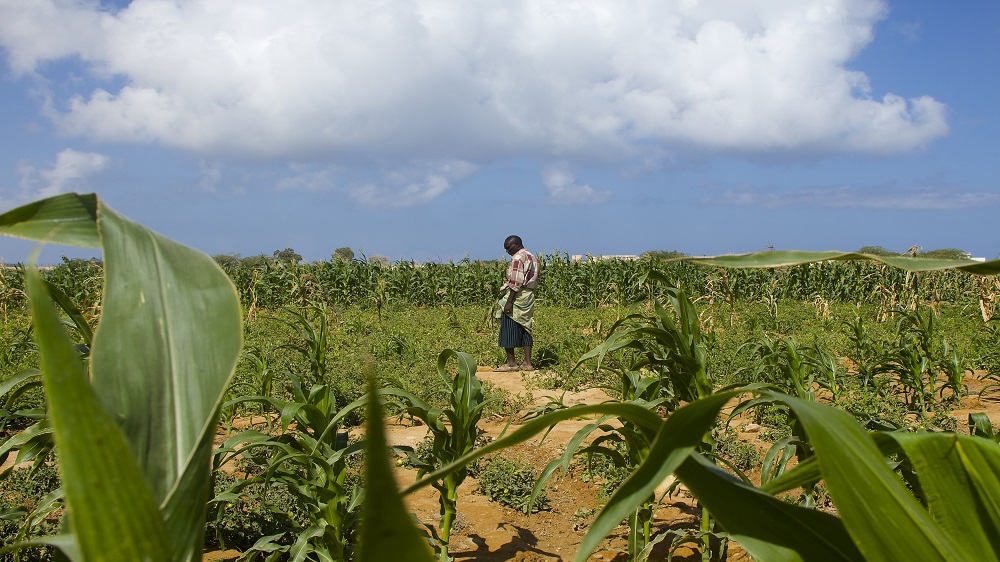 Risking his life, Kalon walked for more than four months from Ethiopia to get to Bossasso, a port city nestled next to the Red Sea in Somalia’s northeast.

Kalon is one of at least 10,000 Ethiopian migrants who have crossed over from neighbouring Ethiopia and settled on the southern coast of the Gulf of Aden in the past five years, according to local authorities.

“It was not easy to get here, not everyone makes it. People die of starvation and thirst on the way here. And even wild animals can kill you. I’m very lucky,” Kalon told Al Jazeera.

He first tried his luck to come to Bossasso in 2009. With wages low and jobs hard to come by back home, Kalon saved enough money and boarded a boat in search of greener pastures. Oman was his final destination, but soon he was picked up by authorities in the Arab sultanate and sent back.

Unhappy with what life in Ethiopia offered him and his family, he decided Somalia was his next destination.

Kalon and thousands of his countrymen are leaving one of the fastest growing economies on the African continent for a country that until recently was considered a “failed state”. This part of the Horn of Africa country has been spared the worst of the two decades-long civil war, and has had relative peace for the last 10 years.

But with seven out of 10 of Somali youth unemployed, the presence of these mainly economic migrants has caused tension. Residents want them out, by force if necessary.

The local government is leading the efforts to send the Ethiopians back. New strict laws have been put in place to curb the influx of migrants.

Any driver caught bringing in foreigners risks a fine of $300 and, or, a jail term.

Every vehicle coming into this city of more than half a million residents is thoroughly checked by armed soldiers. Anyone caught without valid paperwork is hauled off to an overcrowded prison before being deported back to their country of origin.

Landlords have been given firm orders not to rent their homes to the unwelcome guests, forcing Ethiopians into the harsh camps for internally displaced people on the city’s outskirts.

At these camps, they are at the mercy of raids by security forces and forceful deportations.

“Many times before we sent them back, but they don’t want to go back to Ethiopia. Now they come by foot because we told drivers not to bring them here.”

The mayor estimated that hundreds of new arrivals reach Bossasso every week. Some board rickety boats and later head to Gulf countries, but most remain in Bossasso.

“Depending on the time of the year we see between 200 and 300 migrants every week. That is way too many for us to accommodate,” Hassan said.

But the government’s loud threats are falling on deaf ears. The migrants have taken over a whole neighbourhood of the city that until recently used to be exclusively inhabited by Somalis.

Restaurants, laundry shops and taxi services run by the new arrivals have not only opened but are thriving.

Every evening the streets of this part of Bossasso are filled with mainly young men from Ethiopia – Africa’s second most populous country – gathering around tea stalls. The evening ocean breeze blowing in from the sea is filled with the aroma of spicy Ethiopian food and music.

Less than a kilometre from the farm where Kalon works, a dirt road snakes through a large IDP camp.

Ahmed Abdi Muse sits in the passenger seat of beaten-up car. He has been living in Bossasso for more than a decade and is fluent in Somali. He speaks the local dialect, making everyone second-guess his nationality. For the past five years, he has been working as a driving instructor.

“There are not that many choices for us but to stay here and do our best to provide for those close to us. Ethiopia is not an option for me, and going to Arab countries is very risky. We come here and work hard. We don’t harm anyone. We are here only to support our families,” Muse said.

The migrants are trying their best to be part of the wider community and have formed community organisations.

Mohamed Abadir is the chairman of the Ethiopian community in the Puntland region of Somalia – a semi-autonomous state in the northeast part of the country.

A resident of Bossasso for the past 20 years, he now owns a farm outside the city and employs 10 Ethiopians.

“Relations between the Somali people and our people are good, but not perfect. We live side by side in peace,” Abadir told Al Jazeera.

But life here as migrants comes with its own challenges.

“Because no one wants to rent houses to us, every Ethiopian family here is housing three other families. Housing is an issue. Apart from that we have a good understanding with our hosts,” Abadir said.

Despite the migrants best attempts to be a part of the local community, locals can’t wait to see them leave – for good.

“We are not happy with their presence,” said Abdi Noor Galayr, a vocal anti-migrant campaigner in the city.

“They have brought many problems in terms of health. We don’t know what health issues they may have. They brought criminals to this town like people smugglers. They are also putting pressure on the job market.”

Galayr and those like-minded might not want the Ethiopians in their city, but Kalon said he is going nowhere.

“Somalia is not home, but for now it is home. I hope to bring my wife and children when I saved enough money. Life is better here,” Kalon said.

The post The plight of Ethiopian migrants in Somalia appeared first on African Media Agency.

Ethiopia election: No seat in parliament for opposition