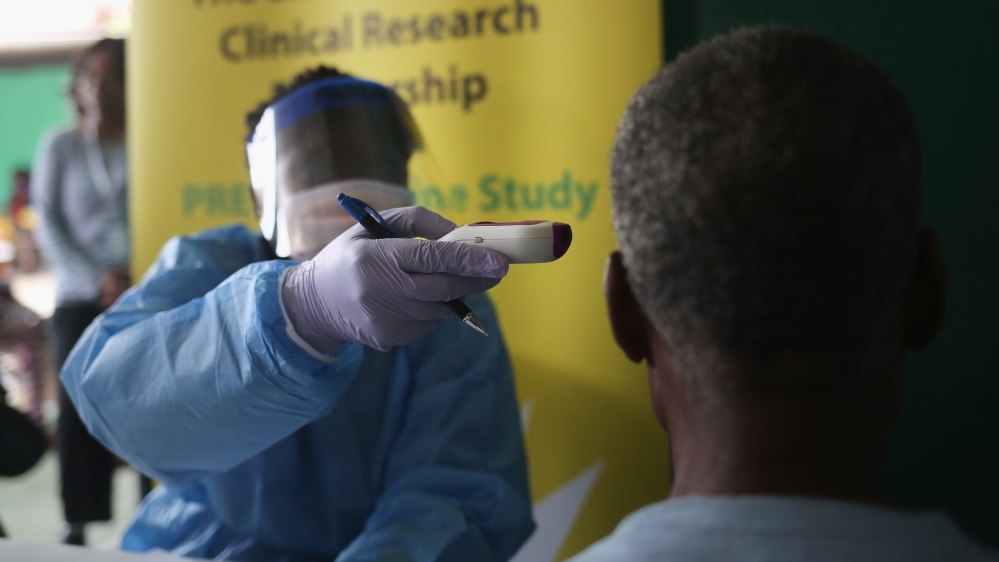 The head of the United Nations Mission for Ebola Emergency Response has hailed Liberia’s success in the fight against the deadly virus, but warned against complacency now that the number of cases had dropped.

Ismail Ould Cheikh Ahmed, speaking during a visit to Liberia, described the level of awareness as “high”, but said he was concerned about the risk of “fatigue”.

“We call it the bumpy road to zero,” he said, warning “the biggest enemy is complacency”.

Ebola has killed more than 3,800 people in Liberia and nearly 9,200 across Liberia, Guinea and Sierra Leone since the first Ebola deaths in rural Guinea in December 2013.

All three countries have weak health systems that were ill-prepared for such an epidemic.

Significant gains have been made against Ebola, and now only a small number of cases remain in Liberia.

Meanwhile, students returned to schools on Monday after a six-month closure, though health officials warned that a single case could trigger a whole new cluster of infections.

Last week, the United States said it was also preparing to withdraw by the end of April nearly all of its 2,800 troops fighting the outbreak in West Africa.

In Sierra Leone, the Anti-Corruption Commission has released a list of people who must report to its offices as it investigates the spending of money meant to help fight Ebola.

A report by Sierra Leone’s Auditor General that emerged two weeks ago found that nearly one-third of the money received to fight Ebola, about $5.75m, was spent without saving the necessary receipts and invoices.

The list released on Tuesday included district medical doctors, the coordinator of the National Ebola Response Centre, a former permanent secretary in the Ministry of Health and Sanitation, other government officials, private contractors and business people.

More than 3,300 people have died from Ebola with nearly 11,000 cases over the past year in Sierra Leone, where transmission remains the highest.

Pipeline, rail and port investments critical for 70pc increase in imports by 2025

Mozambique GDP could rise by 800 percent with LNG projects