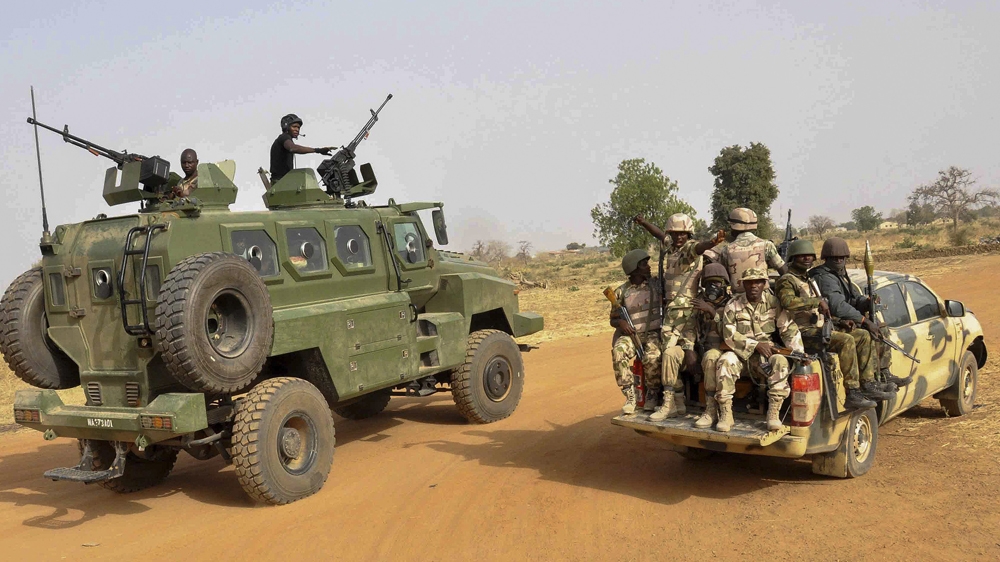 Once the best military in West Africa, Nigeria’s army is now struggling to fend off the threat of Boko Haram.

From 2001 to 2012 the military received $19bn. Yearly, that is only about one percent of GDP, even falling to half a percent in 2006. On average, nations typically spend around two percent of GDP.

However, much of that money has allegedly fuelled corruption or been siphoned off to enrich regional governments.

This has led to an under resourced military, short of guns and ammunition.

It has allowed Boko Haram to extend its influence, threatening national elections which last month were postponed for six weeks so the army could take on the armed group.

Meanwhile, in the prosperous oil-rich Niger Delta, it is estimated that over a five year period to 2008, oil theft and attacks by armed groups have cost the country about $100bn.

So if Nigeria’s army was once considered the best in West Africa, what went wrong? And why has there been under investment in the military?

In Britain, a new law has been passed ensuring the overseas aid budget is protected every year.

But pressure groups argue that there is a reason the country is encouraging aid, and that it is actually a cover for corporations to tighten their grip in Africa.

On Counting the Cost, we take a look at Herat, a city which has been largely untouched by the war in the rest of Afghanistan.

It is on the border with Iran and Turkmenistan, which helps as far as trade and prosperity goes.

But Herat’s economic growth has been held back by a growing trade in kidnappings.

The city is a major trading centre full of businessmen and that has made it a target for abductions.

Businessmen say the threat of kidnappings and criminals is driving investors away.

This year President Ashraf Ghani fired the Herat chief of police and all 15 district chiefs , in a mass sacking, saying they had failed to establish security.

So what is next for the city? And can the violence be stopped?

Housing is a crucial engine of growth for many economies. In China, housing makes up 15 percent of the economy. So when it goes wrong, it is noticeable.

Across China local goverments have been investing in unsuccesful grand projects, with ghost towns emerging as a result.

The national government has been trying to tackle the problem of oversupply and falling property prices.

But two interest-rate cuts later, selling property in places such as Yingkou has not got any easier. In the bustling old town, there is little appetite for a move to the empty skyscrapers up the road.

So has the property bubble burst? And will it impact the economy?

Harry Fawcett brings the story of property developers in China.