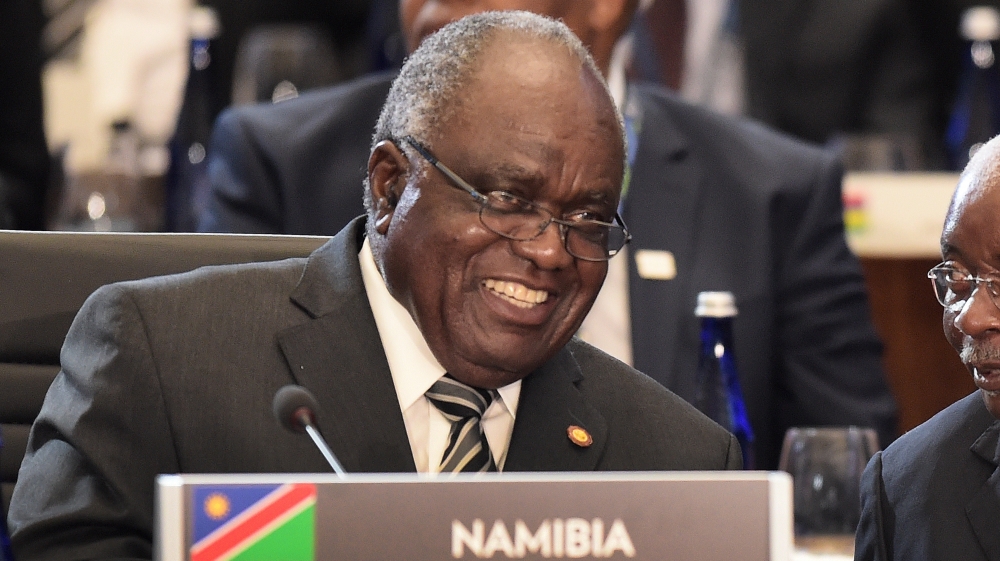 Outgoing Namibian President Hifikepunye Pohamba has been announced as the winner of the Mo Ibrahim award for African leadership – a lucrative prize worth millions of dollars.

Pohamba was announced as the winner of the award at a ceremony in Nairobi on Monday.

According to the Mo Ibrahim Foundation’s website, “the Ibrahim Prize recognises and celebrates African leaders who have developed their countries, lifted people out of poverty and paved the way for sustainable and equitable prosperity”.

The award – worth $5m over ten years and then $200,000 per year thereafter – is only open to former African executive heads of state or government who have left office in the last three years after being democratically elected.

They also must have served their constitutionally mandated term and demonstrated exceptional leadership, the foundation’s website says.

Only five people have ever won the award, including the late former South African President Nelson Mandela, who was given an honorary prize.

The award is given out by the foundation of Mohamed “Mo” Ibrahim, a Sudanese-British former mobile communications entrepreneur and billionaire.

Ibrahim founded mobile phone company Celtel, which he sold in 2005 for $3.4bn.

He then set up the Mo Ibrahim Foundation to encourage better governance in Africa, as well as creating the Mo Ibrahim Index, to evaluate nations’ performance in categories such as human rights, development and the rule of law.

Referring to the index, the foundation said that Pohamba ticked nearly all the boxes of excellence.

Deaths reported in raid on restaurant in Mali’s capital