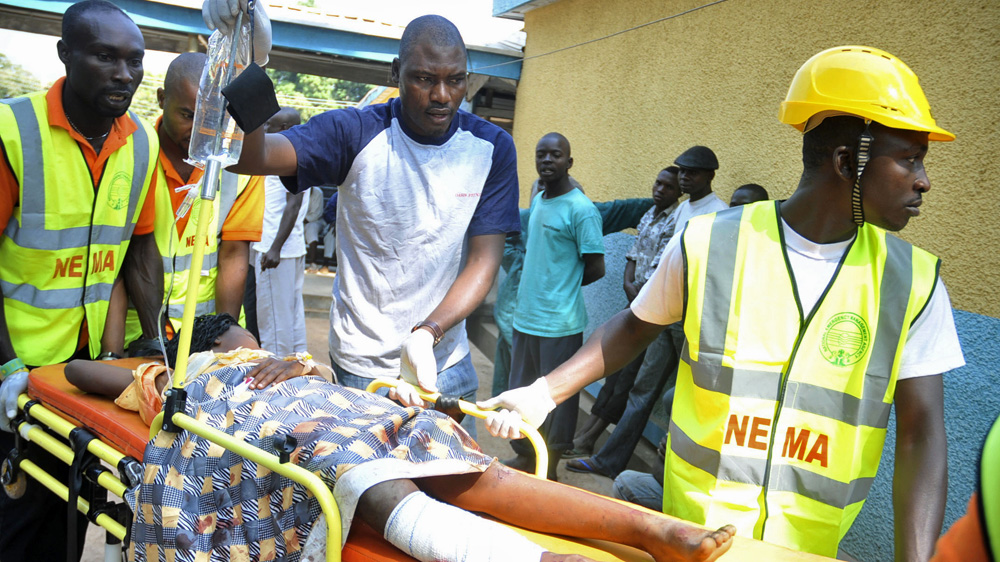 Jos, Nigeria – Sectarian violence between Christians and Muslims has led to deaths and destroyed property for more than a decade in this city, and people here fear another outbreak ahead of Saturday’s election.

Jos was among several cities in Nigeria that experienced religion-based post-election violence in 2011, after Buhari was defeated by the ruling Peoples Democratic Party’s (PDP) Jonathan.

More than 800 people were killed and 65,000 displaced, according to Human Rights Watch. The United States Institute of Peace described the 2011 presidential election as the best run – but also the country’s most violent.

“People are looking for an opportunity to explode – all they need is a trigger,” says researcher Joseph Lengman from the Center of Peace Studies at the University of Jos.

“March 28 could be that trigger if the elections are seen as fraudulent.”

Christian missionaries flocked here decades ago, preaching to the indigenous ethnic groups, including the Berom and Ngass. Hausa-Fulani communities settled here also, building mosques and Islamic schools in their neighbourhoods.

Over time, conflicts over resources and power, alongside partisan politics, have produced a combustible situation. Nigerians go to the polls on Saturday, and while residents in Jos are hoping for peace, many are nervous the past can become the present.

Jos resident Abba Rabiu admits involvement in some of that violence. Rabiu marched the streets in northern Jos, a predominantly Muslim area, with a gang of friends, anger seething because of their belief the PDP stole the vote.

The mood was foul – a dangerous blend of frustration and betrayal. He and his friends pooled their money and bought several cans full of petrol. Rabiu says he ran towards a used car lot where old tyres were stacked up, doused them, then took out a lighter.

The black smoke from the fire he started billowed high into the sky. Rabiu and his friends ran around town, lighting more blazes.

“We were on the street shouting ‘we want Buhari, we want Buhari’,” Rabiu told Al Jazeera, sitting in a chair in an administrative office at the central mosque.

He says he had voted – illegally since he was only 15 years old at the time – for Buhari, a fellow Muslim whom he believes is the right person to lead Nigeria.

“The nature of violence in Jos has always been religious in nature,” says Ishaq Lawal, a lawyer and legal advisor to the state chapter of Jama’atu Nasril Islam, the national umbrella group for Islamic organisations.

Across town on the south side, children kick around a football in the heat of the afternoon. The ball rolls over piles of rubbish and boulders. They laugh in glee, surrounded by dilapidated buildings set on fire during an outbreak of sectarian violence in 2008 and 2010.

The place now has a new name. “This is our Gaza,” says resident Kitgak Gowan.

He says he cherishes the city as his home and laments the destruction that has claimed so many lives. Gowan blames politicians for the violence that has occurred here, saying many hire young males to commit crimes and intimidate the public.

“Politicians come around with selfish interest and use religious sentiments,” Gowon says, pointing to burned out and abandoned shops and homes. “They use young people. It’s high time for young people to know that there is no politician worth dying for.”

Gowon hops over sewage in the road between the crevices of another boulder. “Why should we be killing ourselves when our roads are like this?” he asks.

The recent college graduate remains a firm advocate for peace in a city that has seen sectarian killings and destruction every year since 2001. This year, even suicide bombings have occurred.

Scars running down the right side of Gowon’s neck remind him of the day he nearly died. In January 2010, he says he felt something pierce his neck and then blood came gushing out.

He did not have time to tend to the wound because he was carrying the body of a young man who had just been shot. He and a friend drove to the Plateau State Hospital and found no one there, as all the health workers were on strike. They drove 15 minutes to a private hospital, but the wounded young man had died in the backseat.

Gowon says the people of Jos are tired of violence. He dismisses rumours circulating that young men are collecting weapons.

“No this time the weapon is our permanent voters card,” says Gowon. A Christian, he says he is collaborating with Muslims in his neighborhood to keep the peace on election day.

A prominent lawyer in Jos, Muhammad Lawal Ishaq says he would not be surprised if weapons were being stockpiled, adding communities have to protect themselves because they cannot rely on police.

“The problem of weapons in civilian hands is a problem that has bedeviled this country for long. The issue of arms in the hands of private citizens is an open secret in Jos,” Ishaq says.

“Communities are likely amassing arms because they don’t know what will happen on March 28 and the days after. You can’t rely on security officials to help.”

State police spokesman Emmanuel Abuh told Al Jazeera that security forces have been recently trained on electoral law. He says a mobile police squad, the counterterrorism unit, anti-bomb squad, and special protection unit will be deployed in case of any violence.

“There is a sort of graveyard peace right now,” says Lengman from the University of Jos. “Those grievances have not gone away.”

Lengman says many young men are angry at the ruling Peoples Democratic Party, which has governed the country since 1999, ending decades of military rule. President Jonathan’s leadership is seen by many here as a “colossal failure”, he says.

“Nigeria is a failed state but it just has not collapsed yet,” says Kavwam, 30, a former member of the ruling party before switching sides.

“Polls show that 80 percent of this state is APC. If this election shows anything otherwise, there is the tendency that people may resort to self-help.”

Edmund Zungdet, the ruling party’s youth-wing leader, accuses the opposition of using extreme language, adding he is confident the PDP will remain in power.

A new voter-card reader system in place will hinder attempts to rig the elections, but Nigeria is infamous for high levels of voter intimidation at the polling stations.

“Some people at the meeting actually confessed that they were planning to attack, if they felt rigging had taken place,” says Umar Farouk Musa, secretary of JNI’s youth wing.

He says he encouraged them to remain peaceful and use legal routes to express grievances.

JNI and the Christian Association of Nigeria have pushed for measures to ensure a free-and-fair election, but both they say many members haven’t received voters’ card.

Rabiu says he and his friends have agreed not to perpetuate violence again. Gowon, meanwhile, say he hopes the voting-card “weapon” will have the final say.