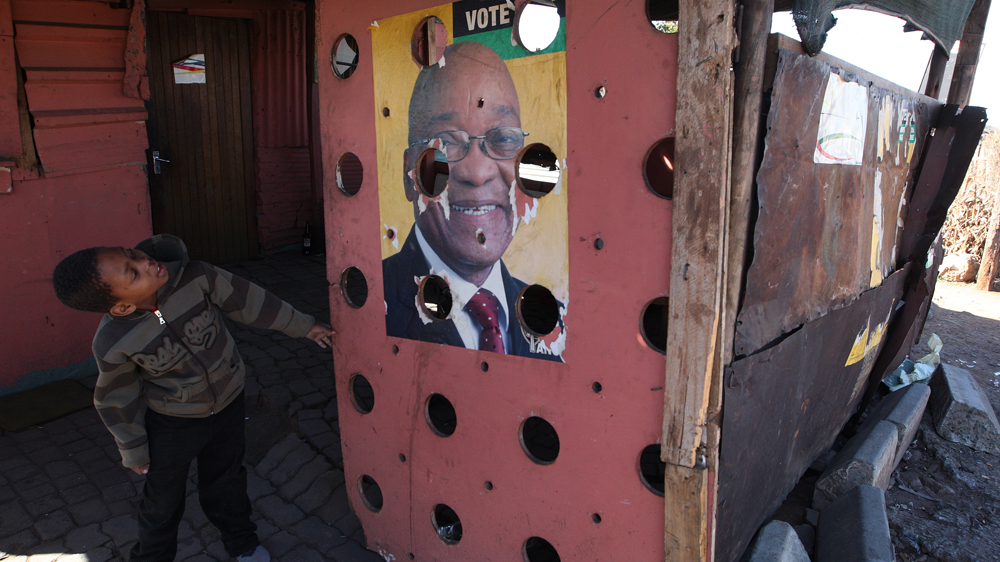 By Azad Essa and Khadija Patel

Hundreds of foreign nationals have sought refuge at a local police station in the town of Isipingo in South Africa, almost four days after a series of alleged xenophobic attacks in the town, local activists said.

Community activist China Ngubane, told Al Jazeera on Thursday that tensions were still high in Isipingo, around 19 km from Durban, with hundreds of mostly Congolese nationals, many of them refugees, unable to return to their homes or businesses.

“About 250 people were directly attacked, according to authorities, but there are more than 500 others who come to the station, scared, especially at night,” Ngubane said.

The small town of Isipingo erupted on Monday when residents attacked foreign nationals living in the town.

According to local media, cars, minibus taxis, a home and foreign-owned businesses were stoned as groups of young South Africans targeted foreign nationals. The attack on Monday comes three weeks after a Congolese national living in Durban was reportedly burnt alive.

“The situation is very, very bad,” Daniel Dunia, a Congolese national, a spokesperson for the displaced refugees in Isipingo, said.

According to Dunia the violence began when a group of young South African men approached foreign nationals in Isipingo, chanting songs that claimed the Zulu King had ordered foreigners to leave.

Speaking at a moral regeneration rally in Pongola, northern Kwazulu Natal, in late March, King Goodwill Zwelithini is reported to have said that foreigners were changing the nature of South African society as they were taking advantage of the poorly behaved and undisciplined locals.

Zwelithini was also quoted as saying, “We urge all foreigners to pack their bags and leave.”

Foreign nationals affected by the violence in Isipingo blame the Zulu monarch for sowing discord between South Africans and migrants.

“Those people who don’t like foreigners have taken advantage of that statement,” Dunia said. “They started looting our shops, beating our brothers, and then destroying our shops.”

But authorities say the violence began after a labour dispute escalated at a local store in Isipingo.

“We vehemently oppose the idea that these actions stem from anything his majesty (King Goodwill Zwelithini) might have said. Anybody who is using that (as a reason) is deliberately misunderstanding the message (cracking down on those here illegally),” he was quoted saying.

He added that authorities promised to provide an alternate place and tents for them to live for now.

Local NGO Al-Imdaad Foundation said it had responded to the crisis in partnership with other community agencies and the local government. “We have to continue our relief efforts because many of these people have no food, or anything at all. They are just languishing there with children,” Abed Carrim a representative of the NGO said.

On Wednesday, crisis talks between local government, the police, local and foreign-owned businesses were held in Durban to try and resolve the tensions. Several attempts to reach government and police spokespeople on Thursday were unsuccessful.

South Africa has seen a spate of attacks on foreigners over the past decade. In 2008, 62 people were killed in spectacular violence meted out on foreign nationals in the townships.

In January, foreign nationals were attacked after a 14-year-old South African was killed during an alleged robbery. In response to the teenager’s death, foreigners’ businesses were looted and damaged. Hundreds were forced to evacuate, finding themselves in tents in other parts of Johannesburg. In February, shops in Philipi, outside Cape Town were trashed.

The South African government, while condemning the violence, says the violence is motivated by criminality rather than xenophobia, though experts say the country has a xenophobia problem and government denial only exacerbated it.