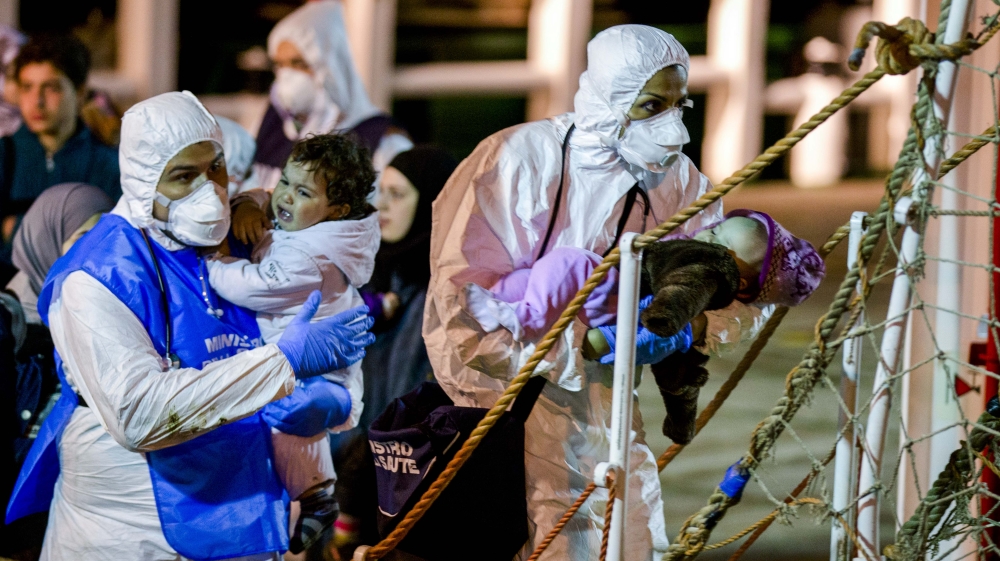 The International Organization for Migration (IOM) has warned that, based on current figures, the migrant death toll on the Mediterranean this year could top 30,000.

The IOM said late on Tuesday that it believed 1,727 migrants have died trying to make the journey to Europe from North Africa so far this year, compared to just 56 at the same time last year.

“IOM now fears that the 2014 total of 3,279 migrant deaths may be surpassed this year in a matter of weeks,” the group said in a statement.

“We just want to make sure people understand how much more … rapid these deaths have been coming this year,” IOM spokesman Joel Millman said earlier on Tuesday.

INTERACTIVE: The ongoing tragedy of migrants and the Mediterranean

The IOM’s warning came as the UN’s refugee agency, the UNHCR, said it believed that an incident over the weekend was the deadliest on record.

“Only 28 people are known to have survived the shipwreck,” UNHCR spokesman Arian Edwards told journalists in Geneva.

“From available information and the various accounts we’ve had, UNHCR now believes the number of fatalities to have been over 800, making this the deadliest incident in the Mediterranean we have ever recorded,” he added.

Italian prosecutors charged the Tunisian captain of the overcrowded migrant boat that sunk off the Libyan coast with multiple manslaughter.

The captain of the vessel and a Syrian, allegedly a member of the ship’s crew, were taken from the group of 27 survivors who arrived in the Sicilian port of Catania on Monday evening.

Italian ships have rescued well over 10,000 people over the past two weeks, an unprecedented number for such a short period, authorities say.

A 10-point plan to stop the deaths on the Mediterranean, presented by the European Commission on Monday, is expected to be discussed at an extraordinary summit of EU leaders on Thursday.

Four solar and wind farms to be developed in Uganda