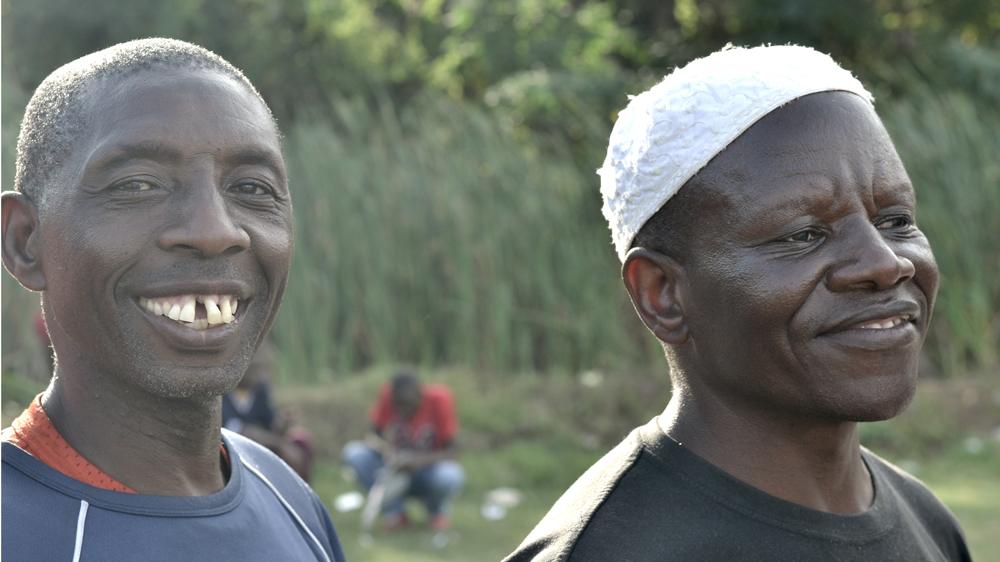 Durban, South Africa – The inner city marches, the plethora of statements, civil society interventions and murals painted on the walls of fancy coffee shops all shout for an end to xenophobia. High-level government visits to foreigners displaced by violence, an outpouring of donations and support from ordinary people suggest that South Africa has reacted very strongly against another flare up of anti-immigrant violence.

But beneath the display of condemnation there is an ambiguity in Jacob Zuma’s government response to xenophobia.

The fear forcing foreign nationals to return home to Malawi and Zimbabwe has been well documented by now. Almost 2,000 Malawians have already returned home from Durban alone, and hundreds more are awaiting busses over the coming days. Last week Zimbabwe pulled many citizens from Durban as well, as the violence intensified.

Meanwhile, the South African government has reverted to its curious approach to immigrants in the country. Zuma, in his Freedom Day address on Monday, described Emmanual Sithole, the Mozambican man whose brutal murder in Johannesburg was captured in a series of photos, as an “illegal migrant”. The insinuation was clear: “Sithole was not supposed to be here in the first place”. On Wednesday, David Mahlobo, the minister of state security, took it a step further when he said Sithole’s murder was an act of criminality and not xenophobia.

“The fact that they never took his cellphone or wallet does not make it to be not a criminal matter,” Mahlobo said.

Eight people, including Sithole were killed in the violence, but the South African government’s death toll stands at seven, because of its decision to exclude Sithole from the death toll linked to xenophobia.

Even as the country tries to grapple government’s curious, dubious and very peculiar stance over Sithole’s death, other officials have already declared the tensions over.

“The situation has stabilised and we now need to intensify dialogue and reflect the importance of African identity and what it means to be an African,” Muzi Mahlambi, KZN education spokesperson, was quoted as having said to local media.

But the tensions have not dissipated.

The camps are brimming with conspiracy theories. Though police officers around the camps have been affable and friendly (even when they may have been slightly drunk), officials from the Department of Social Development and Ministry of Home Affairs have been anything but hospital to the media.

After a lengthy debate one official decided he liked me enough to admit he held deep suspicions about the media and begrudgingly bestowed access to a government run camp for displaced foreigners.

But even then, in Chatsworth we were given a minder to shadow our every move and listen in on every conversation. Even volunteers at the camp complained that some officials looked upon them with suspicion; all of which has only added to unnecessary stress and tension.

Many foreign nationals and witnesses to the attacks say the attacks appear to have been orchestrated. They feel people were purposely deployed to send foreigners packing. Yet it is perfectly reasonable to conclude that once mobs emerged, violence plotted its own course in communities where resentment already ran deep.

The police have been accused of standing by, and not responding to calls for help. As it stands, there is little proof to legitimise these dangerous allegations. It’s far too reckless to assume the attacks were at all orchestrated. And without proof, these allegations are not useful.
What is certain however is that the mixed messages sent out by members of the government about foreign nationals – on one hand conflating illegality of status and criminality, and on the other, describing a crisis as “over” when so many are opting to go home instead of back to their communities – are only likely to create more confusion.

On Monday, hundreds of police officers were accompanied by the army on raids in Mayfair and Hillbrow, two areas in Johannesburg popular with migrants in the city. But if the sight of the armed forces on the streets was jarring, the police’s stop-and-search operation in certain areas was even more unsettling. They were on the lookout for undocumented, or indeed, illegal immigrants.

On a sultry night in Durban, a good humored petrol attendant tells me the violence against foreigners was unacceptable but so too were illegal migrants.

“We don’t have space for them here. They shouldn’t be killed, but they should go. The illegal ones,” Sizwe said with a smile.

Again, its foreigners of a certain type. And as is often the case, it’s the poor and marginalised that must face the hate.

MTN to roll out ‘WeChat of Africa’