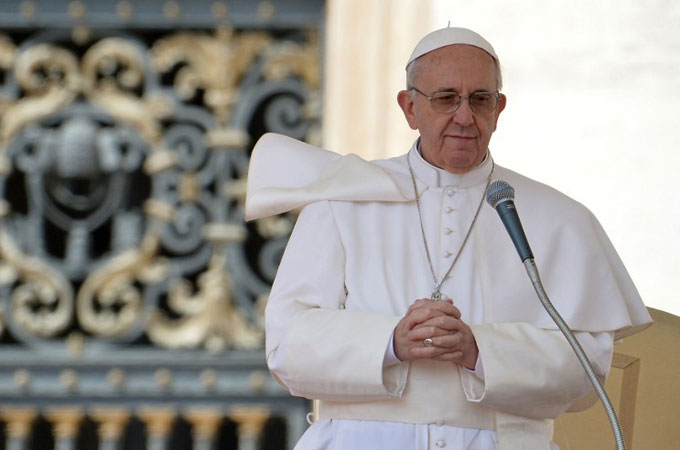 Pope Francis has appealed to the Somali al-Shabab group, which killed 148 people at a Kenyan university this month, to stop their brutality and “come to their senses”.

He told Kenyan bishops visiting the Vatican that he prayed for those killed by acts of terror, ethnic and tribal hostilities in Kenya and elsewhere in Africa.

“I think most especially of the men and women killed at Garissa University College,” the leader of the world’s 1.2 billion Catholics said.

“May those who commit such brutality come to their senses and seek mercy.”

The gunmen hunted down Christians while sparing Muslims in the attack on April 2.

Francis has repeatedly expressed alarm about Christians being targeted for their faith and condemned the beheading of 21 Egyptian Copts in Libya in February.

He urged the visiting bishops to work with Christian and non-Christian leaders to promote peace in predominantly-Christian Kenya.

Al-Shabaab said Garissa was revenge for Kenya sending troops into Somalia to fight alongside African Union peacekeepers against the armed group.

The post Pope pleas to al-Shabab to ‘come to their senses’ appeared first on African Media Agency.

Crackdown in Zambia qualifies as a dictatorship, critics charge

‘Africa writhing’ in the harsh reality of Chinese slowdown