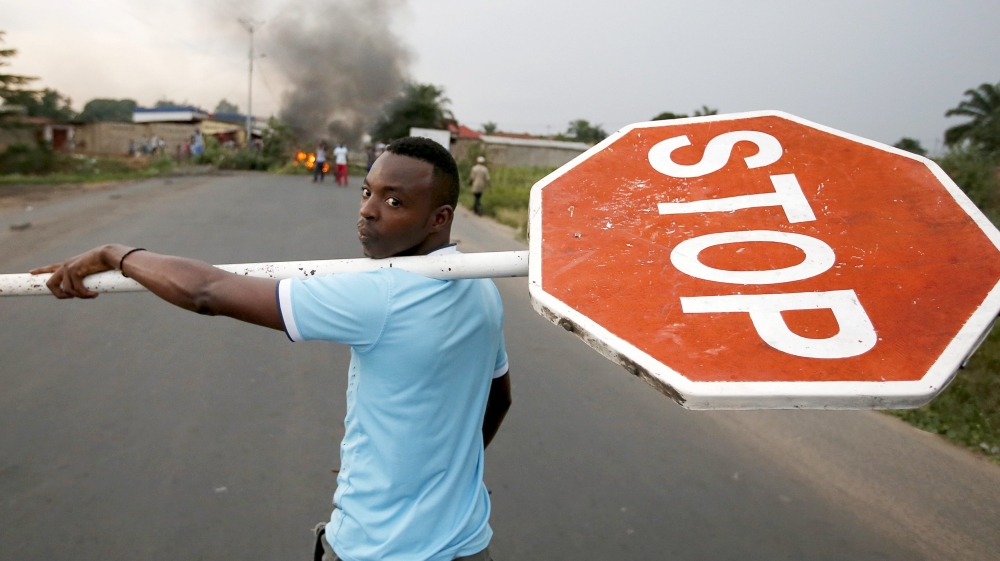 Burundi’s influential Catholic Church has withdrawn its support for the upcoming presidential and parliamentary elections, which have been marred by civil strive over President Pierre Nkurunziza’s decision to stand for a third term.

A statement on Thursday from Burundi’s bishops criticised “the manner in which the elections have been organised and the way they are evolving”.

The Church aslo asked priests who serve in electoral commissions across the country to step down.

The announcement came a day after Burundi’s main opposition parties said it was now “impossible” to hold free and fair elections and that the result should not be recognised if they take place.

Parliamentary elections are due to be held on June 5, with a presidential poll scheduled for June 26.

In the statement, read out on Catholic radio by Bishop Gervais Bashimiyubusa, the Church said it “cannot endorse an election riddled with shortcomings”.

It nevertheless said people should vote, but stressed that nobody should go to the polls “by threat or intimidation, or because they have been bought in one way or another”.

“In the eyes of God, that would be slavery to evil,” Bashimiyubusa said.

The crisis surrounds a bid by Nkurunziza to stand for a third consecutive term in office, with opposition and rights groups saying the move violates the constitution as well as the terms of a peace deal that ended a 13-year civil war in 2006.

Street protests have taken place for the past month, leaving at least 30 dead after a violent crackdown by security forces.

The crisis intensified earlier this month when a top general staged a failed coup attempt.

The opposition parties said the crisis risked plunging the small, landlocked and impoverished country back into civil war.

The Catholic Church has already spoken out against the president, asserting that it too has concluded his third-term bid goes against the peace deal.

Gambia the latest to withdraw from ICC

Burundi to nationalise its coffee industry to boost output