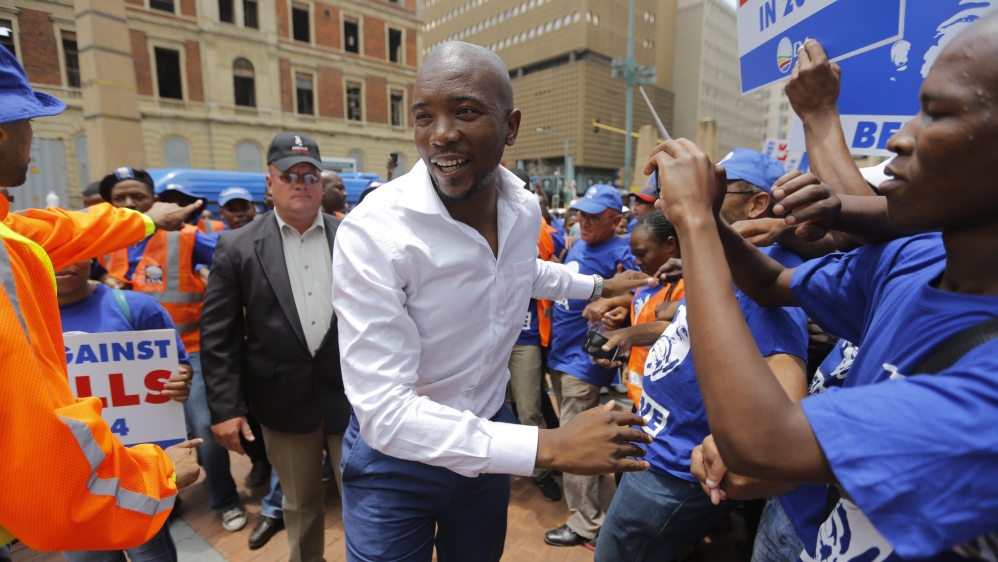 Maimane, 34, becomes the first black leader of the party.

The part-time pastor is expected to the challenge the African Nation Congress (ANC) which has governed the country since the end of apartheid in 1994.

Zille, a white woman, announced last month she was leaving after leading the party for the last eight years.

South Africa remains deeply divided racially, with most blacks preferring to vote for the ANC.

“Black South African people are scared of being led by a white person. But I don’t think it will actually make a difference.” Zintle Mabongo, a resident of Port Elizabeth where party delegates elected the new leader, told Al Jazeera.