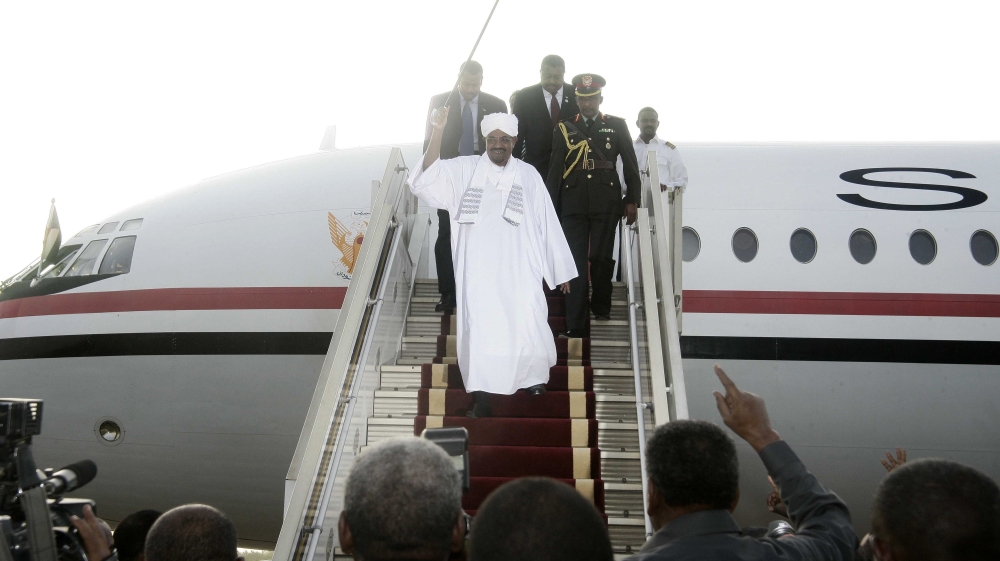 By leaving South Africa before the High Court judged that he must be detained and handed over to the International Criminal Court (ICC), Sudanese President Omar al-Bashir touched down in Khartoum having accomplished two things: He spat in the face of the ICC for the third consecutive time, and he enabled South Africa’s politicians to trample on the constitution that masses of South Africans sacrificed their lives to achieve.

As corollaries, the fracas around Bashir’s attempted arrest and flight also exposed the fracture lines between the South African judiciary, its political elite, and various elements of the South African public.

At the regional level it revealed the Janus-faced African Union (AU), and at the global level it uncovered the blatant hypocrisy and double standards that operate at the behest of powerful nations such as the United States.

Not all doom and gloom

But the prognosis is not all doom and gloom. Though Bashir, like the modern Houdini, Charles Taylor, has managed yet another dramatic escape following similar arrest attempts in Kenya in 2011 and Nigeria in 2013, remember that Taylor was eventually handed over, albeit not while he was a sitting head of state.

South African advocate Thokwane Post Moloto has noted: “The judgement is not an exercise in futility. It can be implemented by the United Nations Security Council.”

Which, of course, brings us to the hypocrisy within the UNSC itself, where a permanent member, the US, not a signatory to the Rome Statute that established the ICC, swallowed its distaste (and fear) of the world court to allow the UNSC to refer the Darfur case, which ultimately resulted in the indictment of Bashir and his fellow war criminals.

Less laudable of course, is the US reaction to the ICC’s investigation into the atrocities committed in Palestine. In both Darfur and Gaza, a military power unleashed excessive force on unarmed civilians, leaving tens of thousands dead, maimed, displaced and dispossessed.

One is ardently chased by the US, Canada and other Western states; the other is dismissed, derided and ignored in the hope that it will go away.

And of course, the UNSC has never referred the mass deaths caused by the invasion of Iraq, nor the torture of detainees at Guantanamo Bay, nor the numerous cases of illegal rendition, by the armies and intelligence services of powerful countries, whose commanders enjoy impunity to this day, either because they are not ICC parties or because they’ve exploited other loopholes to evade investigation.

Little wonder then that people of poor regions and nations feel their leaders are being unfairly targeted.

Yet the AU is no stranger to double standards and cronyism either. In both 2009 and 2010, it issued statements in support of Bashir, which allowed the state-sponsored violence in Darfur to continue, albeit at a quieter level.

In 2011, when the ICC case against Kenya’s Uhuru Kenyatta began, the AU declared immunity for sitting heads of state, and last year it created the Malabo protocol that, in theory, empowers the African Court of Human and Peoples’ Rights (ACHPR) to prosecute international crimes, while still granting immunity to senior political leaders. New clothes for the emperors, while the citizens are tortured and killed, often at the emperors’ behest?

The AU did a great deal of hand-wringing and sent investigative missions when the Darfur conflict and the post-election violence in Kenya were at their height, yet no single person who ordered the atrocities in those and other instances has been brought to book, by domestic judiciaries or the ACHPR. Perhaps the lack of political will within the AU is due to the fear of leaders’ own skeletons being exposed?

For instance, if the South African leadership had acted in alignment with the judiciary’s ruling and arrested Bashir, that might have opened a Pandora’s box with citizens clamouring for the arrests of AU luminaries such as Zimbabwe’s Robert Mugabe, Angola’s Jose Eduardo dos Santos and Egypt’s Abdel Fattah el-Sisi. The latter, of course, adroitly avoided the recent AU summit following the call by a South African civil society group prepared to request his arrest.

At the local level, Pretoria’s disregard for its own constitution exposes just how far the Zuma administration has moved from Nelson Mandela’s famous commitment to a foreign policy based on human rights, declaring that “considerations of justice and respect for international law should guide the relations between nations”.

The upside of this imbroglio at the local level and beyond, of course, is that the South African judiciary has once again demonstrated its independence, and that South Africans citizens and their peers throughout the continent and the global south, are having impassioned conversations about rights, governance, and the nature of justice, as social media feeds amply demonstrate.

That must surely serve to improve our collective knowledge and understanding of each other, and perhaps someday, we will find creative means to ensure that justice is even-handedly applied to all the immoral war criminals who feed off the destruction of innocent lives and livelihoods.

Ayesha Kajee is a human rights activist and political analyst with a special focus on African governance and development. She tracks elections and democratic consolidation in the region.

The post Bashir and the double standard of international justice appeared first on African Media Agency.

No evidence coronavirus created in a lab – WHO