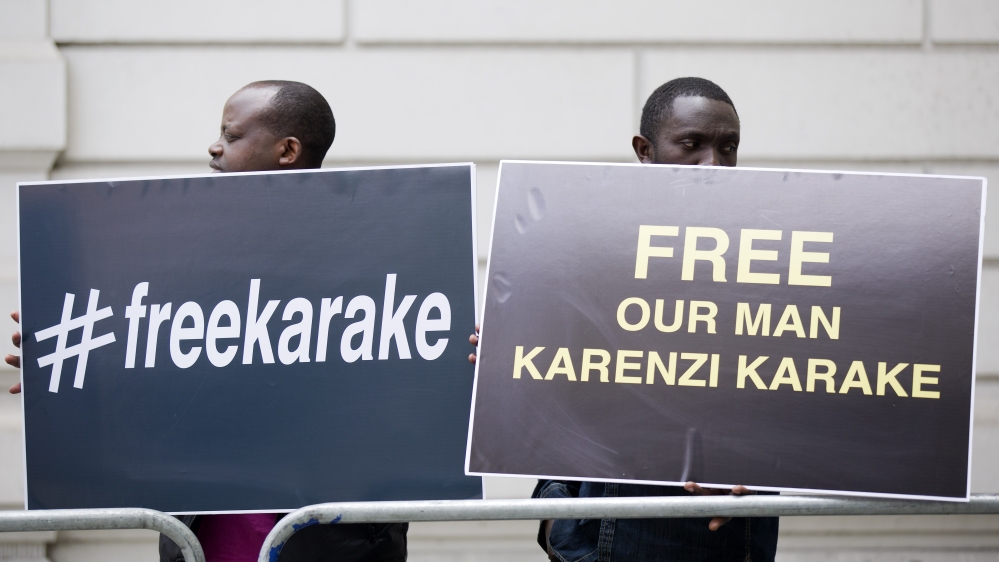 A British court has granted a conditional bail to Rwandan intelligence chief who is accused by Spain of war crimes.

Emmanuel Karenzi Karake was told on Thursday that he would be released from police custody after meeting several court-ordered conditions, including posting bail of about $1.5m.

Once the bail is paid the 54-year-old general will have to live either at the family home of Rwanda’s High Commissioner to Britain, Williams Nkurunziza, or in a house rented by the Rwandan embassy.

“We will fulfil the conditions of the bail as soon as possible. We cannot wait to see him free,” said Johnston Busingye, Rwanda’s justice minister.

Karake will face a full extradition hearing on October 29 and 30. He refused to be extradited to Spain, setting the stage for a prolonged legal battle. The country is accusing him of mass ethnic killings of Hutus in the wake of the 1994 genocide.

He was arrested at Heathrow Airport on Saturday by British police acting on a European warrant. His legal team includes Cherie Booth, wife of former Prime Minister Tony Blair. She sat behind him in court.

Karake is a close ally of Rwandan President Paul Kagame, who on Thursday told his country’s parliament that the charges against Karake were a sign of “absolute contempt” and arrogance by Western countries. He said British officials had ignored Karake’s diplomatic immunity.

His lawyer called Karake “a man of impeccable character” who is a senior member of a “respected and democratic government”.

Prosecutor Aaron Watkins called Karake a flight risk and said the five charges against him could lead to a maximum 30 years in prison.

In Rwanda, thousands of demonstrators marched to the British High Commission in Kigali to protest against Karake’s arrest.

Some held signs that read: “Demeaning Africans is unacceptable”

Nigerians look to social media ahead of the election