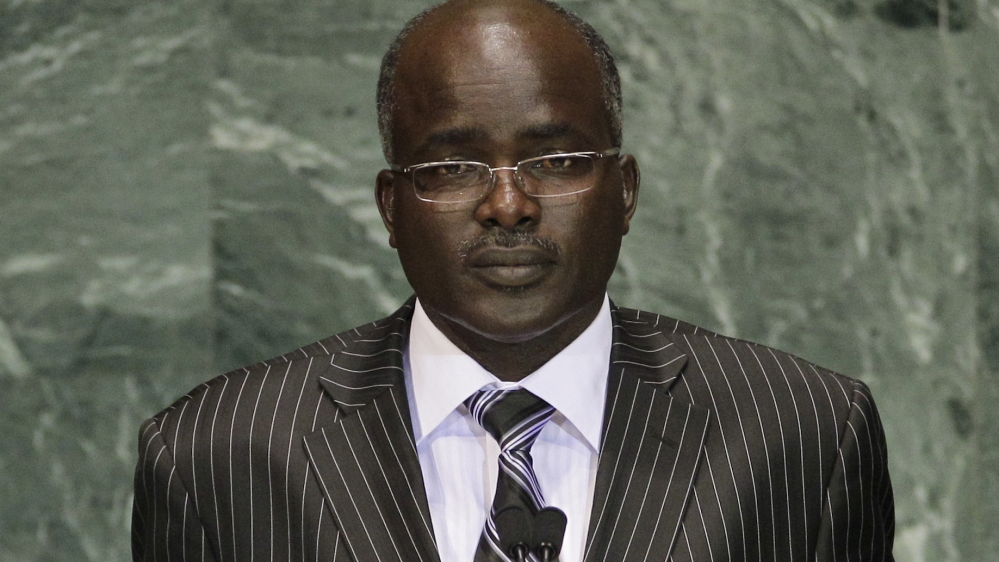 In a fresh blow to the Burundian President Pierre Nkurunziza’s bid for reelection, one of his top deputies has fled the country and urged him to step down.

In a letter addressed to Nkurunziza on Thursday, whose re-election bid has already sparked weeks of civil unrest, a refugee crisis and a coup attempt, second vice-president Gervais Rufyikiri urged the president to “put the interests of the Burundian people before your personal interests.”

“Withdraw your presidential bid, because it violates the constitution,” the letter said.

Rufyikiri told France 24 television he had sought refuge in Belgium.

“I left… because I was not able to continue to support the attitude of the president, his desire to lead the people of Burundi on the path of illegality,” he told the broadcaster late on Wednesday from Belgium.

In the Burundian capital Bujumbura, the reaction from Nkurunziza’s camp was defiant – wishing Rufyikiri “good riddance” and accusing him of having had links to coup plotters who tried but failed to force the president from power in mid-May.

“Good riddance to him, all the more so because investigations have proved that Gervais Rufyikiri was mixed up in the failed coup attempt,” the president’s communications advisor, Willy Nyamitwe, told AFP news agency.

“Someone of his rank, who was involved in an attempt to overthrow democratically-elected institutions… his departure is good riddance for us,” he added, dismissing the suggestion that Rufyikiri was in exile because he had dual Burundian and Belgian nationality.

“He can’t say he fled because he left officially, with the president’s authorisation and with expenses. We only consider that he has resigned.”

The re-election bid has been branded by opponents as unconstitutional and a violation of a peace deal that paved the way to end 13 years of civil war in 2006, and there are widespread fears that the current crisis could plunge the country back into widespread violence.

Parliamentary elections are due to be held on Monday, ahead of the presidential vote on July 15.

Several other top officials – including members of the election commission and constitutional court – have already fled Burundi, joining at least 100,000 ordinary people who have joined a refugee exodus to neighbouring Tanzania, Democratic Republic of Congo and Rwanda.

Last week, the Burundian human rights group Aprodeh said that at least 70 people have been killed, 500 wounded and more than 1,000 jailed since late April, when opposition supporters took to the streets to protest Nkurunziza’s re-election bid.