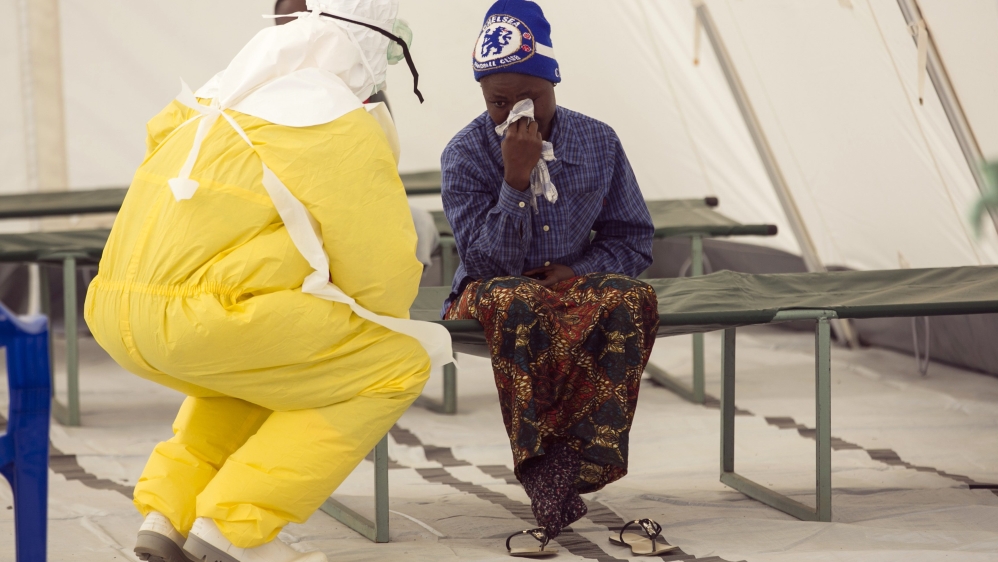 Sierra Leone will be free of the Ebola virus in a “matter of weeks”, but stopping the deadly disease in Guinea will take more time, the United Nations’ Ebola chief said.

Speaking in New York on Monday, Dr David Nabarro said the overall outbreak of the virus in West Africa would end “in the foreseeable future”.

“The general trendlines are that increasingly new cases are known contacts of people who’ve already got the disease, and also when cases are detected they’re brought under treatment quickly,” Nabarro told The Associated Press news agency.

“And that means that we believe that it’s only a matter of weeks before the outbreak is ended in Sierra Leone,” he said, “and that’s because of strong participation of communities, a very coordinated national response, and strong leadership from Ernest (Bai) Koroma, the president.” Nabarro said.

Guinea, on the other hand, has chains of transmission which health workers don’t fully understand and communities that aren’t cooperating with health workers trying to eradicate Ebola because they view them as trying to disrupt their traditional way of life, especially in dealing with illness and death, Nabarro added.

Touching the body of an Ebola victim can transmit the disease, but traditional burials in Guinea are hands on – and determine whether the spirit of the dead person will move into others in the community in a happy way or will be disturbed and take it out on people, Nabarro said.

Since the outbreak was officially acknowledged over a year ago approximately 11,000 people have died across West Africa with Sierra Leone, Guinea and Liberia bearing the brunt of the epidemic.

Liberia was declared free of the disease last month.

The post UN: Sierra Leone to be Ebola free in ‘matter of weeks’ appeared first on African Media Agency.