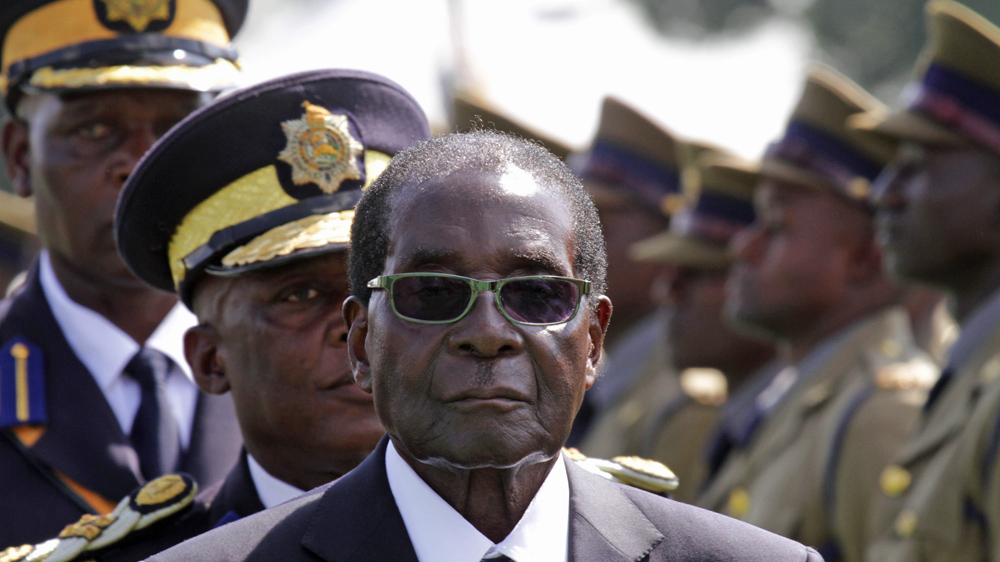 Harare, Zimbabwe – Activist Itai Dzamara was grabbed from a barbershop at gunpoint and thrown into a waiting vehicle three months ago after staging sit-ins demanding the resignation of President Robert Mugabe. He hasn’t been seen since.

Zimbabwean officials say they have searched for clues into the kidnapping, but so far have been unsuccessful in locating Dzamara.

His wife Sheffra said the abduction has devastated the family, noting they were entirely dependent on the support of her husband. She said well-wishers have helped by providing food.

“I am a mother of two very young children and they keep asking for their father,” said Sheffra. “I don’t know what to tell them.”

In broad daylight on March 9, five armed men seized Dzamara from a working class Harare suburb, according to his family.

Crispen Makedenge, head of police’s Law and Order Unit in the Criminal Investigations Department, said there has been no progress made in the probe.

One lead “did not yield any positive results as to the whereabouts of the victim”, Makedenge told Al Jazeera. “We are trying hard to recover him.”

‘Do all things necessary’

The abduction has raised concerns among human rights activists and diplomats in Zimbabwe.

Sheffra Dzamara successfully petitioned the courts to compel the police and the Central Intelligence Organisation to find her husband.

During a High Court hearing, the police and CIO said they knew nothing about Dzamara’s disappearance.

High Court Justice David Mangota ordered the home affairs minister, commissioner-general of police, and head of CIO “to do all things necessary to determine his whereabouts”, including placing ads in state media outlets.

Mangota directed detectives to work closely with Dzamara’s lawyers “to search for [him] at all such places as may be within their jurisdiction”, and to furnish the courts with regular progress reports.

After a visit to Zimbabwe on June 3, American official Shannon Smith told the US Foreign Affairs Sub-Committee on Africa in Washington, DC that she had raised concerns over government intimidation, harassment, and torture.

“Mr Dzamara gained notoriety after he presented a letter to the office of the president and cabinet in 2014, demanding that President Mugabe step down for failing the Zimbabwean people,” Smith said.

“During our recent visit to Zimbabwe, my colleague and I raised this case with the government – and in virtually every meeting. The United States stands with Mr Dzamara and the people of Zimbabwe in defending the rights to freedom of expression and peaceful assembly.”

The EU delegation in Harare said in a statement last week it was “increasingly concerned” about the lack of progress made by authorities in this case.

The 28-nation EU has eased sanctions imposed on Zimbabwe in 2002 over human rights violations. It resumed direct aid to the southern African country but kept an arms embargo in place, as well as an asset freeze and travel ban on Mugabe and his wife, Grace.

On Sunday, Zimbabwe police stopped a public prayer meeting that the Dzamara family had organised in order to highlight the forced disappearance and call for his safe return.

Opposition leader Morgan Tsvangirai, who has accused Mugabe of being responsible for “this morbid and senseless act”, said the ban on the prayer meeting vindicated his position.

“This is how the Almighty God operates, he makes the guilty expose themselves. We continue to pray for the safe return of Dzamara every day,” said Tsvangirai of the Movement for Democratic Change (MDC) party.

Two days before his abduction, Dzamara delivered a speech at an opposition rally in Harare offering solidarity with the MDC for “mass action” and protests against the deteriorating political and economic situation in Zimbabwe, Tsvangirai noted.

Rights groups say the Zimbabwean state has resumed its use of coercion to close democratic space and to target activists.

Recently, 11 members of the pro-democracy Crisis in Zimbabwe Coalition – a conglomeration of 350 rights groups – were arrested while demanding that police adhere to the High Court order compelling them to search for Dzamara.

“Dzamara’s disappearance on 9 March 2015 is also another sign that the regime will resort to crude violence to weed out any potential threat to its stranglehold,” said the group’s McDonald Lewanika.

Despite 100 days since his kidnapping, Dzamara’s family say they believe he will be returned to them safe and sound.

“We still hold on to hope. We keep on praying,” said Patson Dzamara, brother of the missing activist.